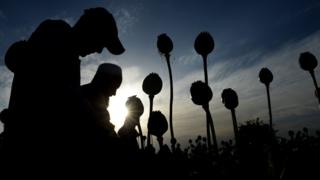 The number of people suffering from drug addiction in Iran has more than doubled in the last six years, local media report.

A survey carried out by a drug control group has found that about 2.8 million people are regularly consuming drugs in the country.

Opium, the main ingredient in heroin, is the country’s most popular narcotic, making up 67% of consumption.

Production of the drug in neighbouring Afghanistan has risen in recent years.

A spokesman for the Drug Control Organisation, Parviz Afshar, said that marijuana and its derivatives accounted for 12% of drug consumption in Iran, with methamphetamine, a stimulant that affects the central nervous system, accounting for about 8%.

The head of a working group on drugs in the Expediency Council, Saeed Safatian, told the official IRNA news agency that the number of drug users might be even higher.

Mr Safatian said this was because respondents approached for the survey on which the figures were based did not mention relatives who were addicts, fearing social opprobrium.