Human rights sources from Iran have reported that in recent days, three media activists and civil activists critical of the Islamic Republic have been arrested in Tehran and Ahvaz, and two human rights activists have been summoned to khuzestan judicial authorities. 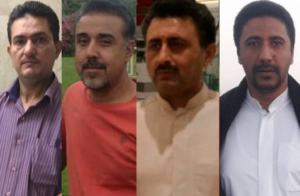 According to the same report, detainees’ homes were searched and confiscated some belongings, as well as insulting their families.

The reasons for the arrest, the charges brought against the three activists have not been identified.

Also on Monday, November 3, two Ahwazi Arab human rights activists, Reza KUti and Karim Albushukat, have also been summoned to Branch Two of the Islamic Revolutionary Court of Ahvaz, which must appear before judicial authorities within five days.

On the first anniversary of the november 2019 nationwide uprising, a wide range of activists and activists have been arrested, summoned, and kidnapped in various cities of Iran.