Skip to content
You are here
Home > Minorities > Deprivation of Education for Afrooz Zabihi, a Baha’i Student in Her Fifth Semester

HRANA News Agency – Fifth Term Civil Engineering student from Shahid Beheshti University, Baha’i Afrooz Zabihi, was banned from continuing her education after completing 90 credit hours, because of her religious faith. Miss Zabihi has several achievements in the Shining Genius Test in her name.

According to HRANA, a close source to Miss Zabihi said “on Dec. 19, 2016, at the same time as the publication of the President’s Bill of Rights and the beginning of final exams, she was contacted on behalf of the Education Officer of the college. Moreover, she was verbally notified that her general educational qualifications had not been confirmed, and therefore she would be prevented from continuing her education. She was expelled on the same day, and all her courses in the current term were eliminated. Also, on the registration page of the College’s website, it was indicated that she was not allowed to register.”

This source explained to the HRANA reporter: “The Education Officer told her this instruction had been issued in a confidential letter demanding that Miss Afrooz Zabihi be prevented from continuing her education. And in the case she objects, refer her to the Office of Student Selection of the Secretariat of the Central Committee of the Ministry of Science, Research & Technology.”

According to this source, Dr. Morteza Nourbakhsh, the head of the Student Selection Committee, verbally notified her that the reason behind her exclusion from education was a report from the Ministry of Intelligence indicating that she was a Baha’i. Mr. Nourbakhsh, although he proclaimed his regret about preventing Afrooz Zabihi from continuing her education, nevertheless issued the statement declaring her educational qualifications invalid himself.

The suspension of Baha’i citizens from school has a long history in Iran. Miss Zabihi, when enrolling in her first semester, identified her religion as “other” in the student personal information section of the comprehensive system of universities website, based on the options list: Islam, Christianity, Zoroastrianism, and Judaism, a method which has been unofficially suggested by certain authorities to Baha’is when registering for school.

This close source to the Baha’is resident continued: “She faced the punishment of an educational ban without any charge, without any filing by the disciplinary committee of the university or investigation of the charges against her. All college officials stated they were unaware of her expulsion order. In addition, all relevant authorities in the Ministry of Science (Higher Education), including the unit of investigation & response to complaints, security, and the adviser to the minister of science and their associates, as well as Islamic and international human rights, the Office of the Presidency and the Office of the Supreme Leader, in spite of their regret, avoided interference with this case, and deferred the responsibility of handling it solely to the President of the Central Committee for Student Selection, Dr. Morteza Nourbakhsh.”

Dr. Nourbakhsh is not only the official who issued Afrooz Zabihi’s education ban, but is also the investigative authority to hear the complaint against his own order.

Informed source close to Miss Zabihi at the end of this explanation said: “Given that Afrooz Zabihi was expelled at the end of the semester, officials requested her immediate eviction from the dorm; however, because all university authorities believed that an injustice had been done to Afrooz Zabihi and that she has all the qualities qualifying her as a student, in the scope of his authority and ultimately by the command from the Office of the Supreme Leader and the support of the university’s cultural deputy, she was allowed to finish the semester at her dorm and unofficially participate in the semester’s final exam. However, after the ouster of Dr. Tehranchi, the university president, and Dr. Mir-Ahmadi, his cultural deputy, and the rise of new authorities and the start of a new semester, she was told: ‘If you do not remove your belongings, you will force us to throw your things out.’”

This student who has been deprived of education passed the Bright Geniuses school aptitude exam in fifth and eighth grade, but was not allowed to enroll. She was registered at the gifted school after completion of the aptitude test in the 10th grade, since there was no religion column in the registration form, but after a few months she was expelled from the school. She has not been allowed to take the country’s Educational Olympiad tests yet. 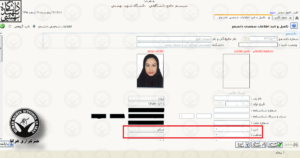 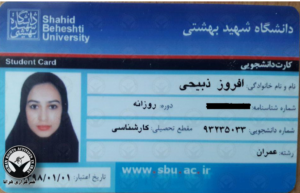 5,581 Thoughts to “Deprivation of Education for Afrooz Zabihi, a Baha’i Student in Her Fifth Semester”