Skip to content
You are here
Home > Human Rights > Without a Definitive, Coordinated Response from the International Community, Iran’s Violence Abroad will not Cease

The July 13, 2021 revelation about the indictment by the United State Department of Justice of four Iranians involved in a kidnapping plot targeting Masih Alinejad and other unnamed activists in exile has shocked and dismayed the Iranian diaspora. The Islamic Republic of Iran’s history of politically motivated violence across the world is not new. Since 1979 Iranian agents have carried out attacks against hundreds of refugees, most often with impunity, hence their repetition. Iranian authorities respond to rising discontent and unrest with violence. Protests, which broke over water shortages in Khuzestan on July 15, may have already resulted in 10 deaths and citizens have shown solidarity through open letters and protests in several cities. In such a climate, the threat to those abroad giving a voice to the persecuted should not be underestimated. 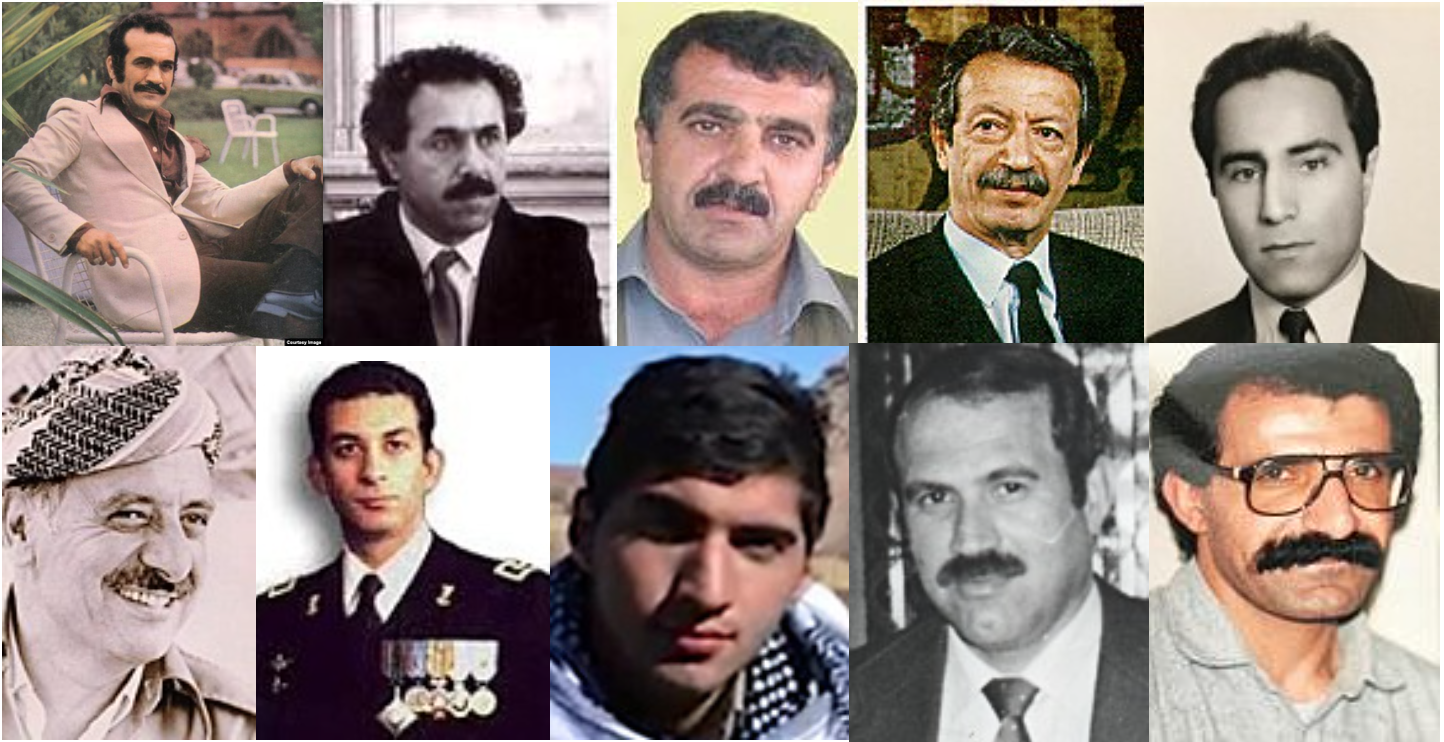 Alinejad is a New York-based journalist and dissident whose relentless activism against the compulsory veil for women has emboldened many to defy the discriminatory law. Since 2014, her various campaigns, and her efforts to give a voice to mothers of protesters killed in November 2019, have drawn millions to her social media pages. They have also angered Iran’s leadership.

Like many activists and journalists in exile, Masih and her family have faced harassment and intimidation from various Iranian state agencies. Her brother Ali Alinejad, who supported her activism, was sentenced in July 2020 to eight years in prison on trumped-up national security charges including “propaganda against the state.”

The recent kidnapping plot against Masih Alinejad fits a decades-long pattern of intimidation, extrajudicial killings and abductions of dissidents meant to undermine political and religious groups, silence activists and journalists, and prevent the mobilization of effective opposition movements inside and outside the country. Most concerning to activists is the encroachment of Iran’s intelligence into the US, where no assassination or kidnapping attempt against had been reported for over three decades.

In its ongoing research, Abdorrahman Boroumand Center for Human Rights (ABC) has identified more than 540 Iranians whose successful assassination or kidnapping have been attributed to Iran, and many are still unaccounted for. Though many of these reported cases remain to be investigated, the general trend of successful attacks on dissidents is alarming.

Countries neighboring Iran have witnessed more attacks, as have countries where transparency and accountability have not been a priority. Iraq (30) excluding  Iraqi Kurdistan (380 reported cases), Pakistan (30), and Turkey (28) have had by far the highest number of successful attacks, followed by France (13), Afghanistan (at least 9) and Germany (6). Dissidents have also been killed in smaller numbers in Austria, Switzerland, the United Kingdom, Sweden, the Netherlands, the United States, the UAE, Tajikistan, Tanzania, Azerbaijan, India, the Philippines, and Poland, and Spain, among others.

With a peak in the 1990s of more than 397 (329 in Iraqi Kurdistan) killed – and a decline in the 2000s, with 20 known deaths – kidnappings, disappearances, and extra-judicial killings have spread fear in the exile community for over four decades.

The decline in reported attacks in the 2000s followed the conviction by a German court on April 10, 1997 of four men for the extra-judicial execution of three Kurdish leaders and an interpreter in Berlin’s Mykonos restaurant. The court found that Iran’s political leadership had ordered the killing through a “Committee for Special Operations” whose members included the Leader of the Islamic Republic, the President, and the Minister of Information and Security, Ali Fallahian, against whom an arrest warrant had been issued. The Mykonos judgement prompted EU member countries to recall their ambassadors from Iran on April 15, 1997.

The targets of Iran’s terror plots reflect Iran’s population in its diversity: believers and non believers, Shi’as, Sunnis, communists, social democrats, socialists, nationalists, royalists, autonomists; those who joined armed groups, and those who used their pens and their beliefs to stand up to their oppressors or report their abuses; those who refused to compromise and those who were willing to negotiate.

These women and men had fled persecution at home, and trusted that the countries offering them refuge would keep them safe. But, for the most part, their host countries failed to protect them, denying them justice and often the truth. Granting impunity to those who ordered the attacks carried out on their soil, host countries have strengthened their resolve and extended their reach.

The alleged plot of Iranian intelligence operatives is the most recent in a series of failed attempts including a foiled bombing plot of an opposition group’s gathering in Paris (June 2018) and the attempted kidnapping of Baluch human rights activist Habibollah Sarbazi (June 2019) in Turkey. Recent successful attacks include the killing of dissidents Mohammad Reza Kolahi Samadi (December 15, 2015) and Ahmad Mola Nissi (November 8, 2017) in the Netherlands, Ebrahim Safizadeh in Afghanistan (May 22, 2019) and Mas’ud (Masoud) Molavi Vardanjani in Turkey (November 14, 2019,) and a kidnapping in Iraq (October 2019) of journalist and dissident Ruhollah Zam, who was executed in Iran (December 12, 2020). 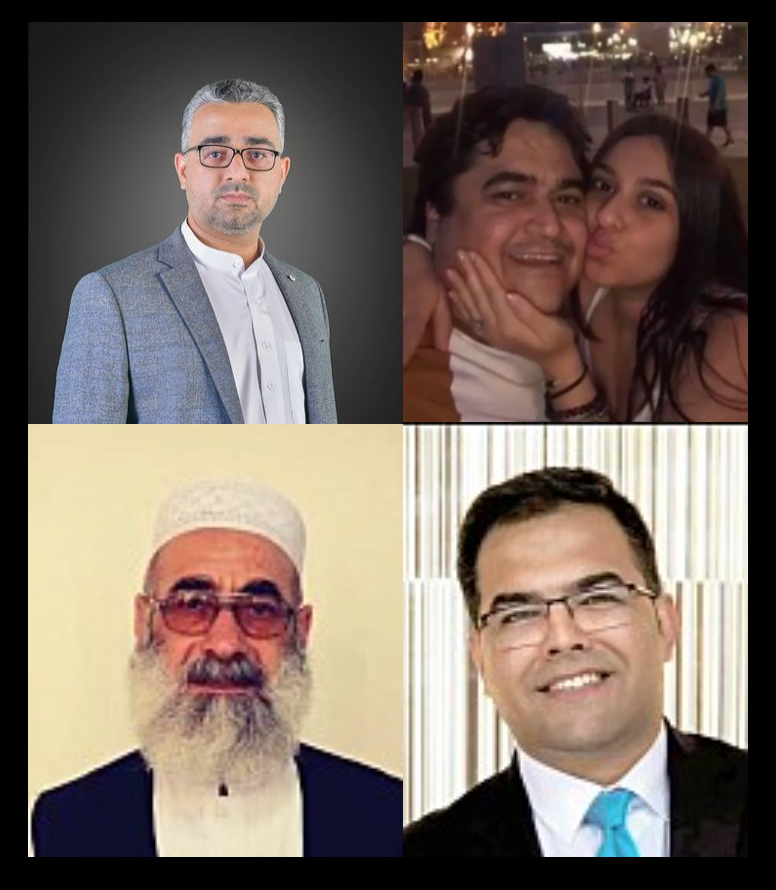 In order from top left to bottom right: Habibollah Sarbazi survived a kidnapping attempt in Turkey in 2019, Ruhollah Zam, who was kidnapped in Iraq and executed in Iran in 2020, Ebrahim Safizadeh and Mas’ud Molavi, both victims of extrajudicial killing.
Shedding light on the complete truth regarding these blatant violations of dissidents’ right to security and life, the circumstances in which they took place, and who participated in them is a key step in ending impunity and promoting and protecting human rights. ABC welcomes the vigilance of US authorities and the transparency they have opted for. The resolve of Belgium’s judiciary in prosecuting and convicting an Iranian diplomat, Assadollah Assadi, involved in the Paris plot is also reassuring. These steps send an important message to Iran’s authorities, but more needs to be done to stop them.

(Left:) A courtroom rendering of defendants on trial for the extrajudicial killing of former Prime Minister of Iran, Shapour Bakhtiar. (Right:) Ali Vakili Rad, who was convicted of murdering Iranian exiled Prime Minister Shapour Bakhtiar, returns to a hero’s welcome in Iran in 2010.
In order to reaffirm international legal principles of accountability, justice, and rule of law, the response to these crimes must be unequivocal and  coordinated internationally. In too many cases, victims have remained in the dark and states have failed to fulfill their duty to investigate or ensure effective remedy and reparation to victims. In some cases where arrests have been made, government officials have allowed suspects to leave their country in order to avoid implicating the Iranian government.
The victims’ right to the truth about serious human rights violations, and their right to remedy and reparations are integral parts of international law and intrinsically connected with victims’ dignity and non-repetition. No amount of intervening time since an attack can diminish states’ obligation to ensure respect and implementation of international human rights law, which obligates states to: 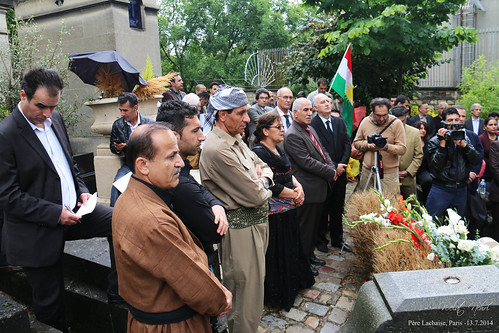 Abdol-Rahman Qasemlu’s funeral. After Austria released two suspects in his extrajudicial killing, his wife filed a complaint for denial of justice but was told by a court that they would not consider the claim and that she would need to pay the government’s court fees.

States should ensure the protection of the rights of the refugees they host, and hold Iran accountable both for its systemic use of violence to silence dissidents and for expanding its terror apparatus into their territory.

Prioritizing a narrow interpretation of national security and business interests over states’ duty to implement international law has invited and will continue to invite violence. The flow of citizens fleeing Iran to protect their right to security and life will not stop any time soon, and Iran’s leaders, faced with a serious crisis of legitimacy, will not stop at silencing their critics inside the country. They will continue to target those in exile who give citizens a voice, unless they are shown that the political cost of doing so is prohibitive.