HRANA News Agency – A group of supporters of Erfan-e-Halgheh, who had started hunger strike and protest in the tomb of the founder of Islamic Republic, in support of Mohammad Ali Taheri, were arrested and transferred to security police office of Shahr-eRey. Most of the arrestees were released on the highway, and te 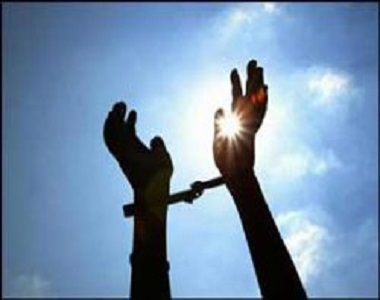 n people were transferred to Vozara detention centre for processing the case. According to the report of Human Rights Activists News Agency (HRANA), approximately 100 supporters of Erfan-e-Halgheh, who intended to start a hunger strike in Imam Zadeh Saleh in support of Mohammad Ali Taheri and in protest to not releasing him, confronted with prevention of the security forces, so they started their protest in Khomaini’s tomb. According to an informed source, these arrests were forcefully and with violence. It is said that Farhad Rezaei, Arash Jalali, Ali Moulaei, Naser Faizi, Firoozeh Ranjbar, Maryam Davoodi Omid, Zahra Shafiei and Dr. Elahi and two more people are among the arrestees. Need to be mentioned that the sentence of Mohammad Ali Taheri has been finished on February 7, but he is still kept in custody. He spent three days in ICU of Baghiyatollah hospital, and despite the continuation of danger, he was sent back to Evin Prison. The family and lawyer of Mohamad Ali Taheri said despite the critical condition he was still on hunger strike.

4,554 Thoughts to “A Group Of Erfan-e-Halgheh Activists Arrested In Tehran”